I have wanted to make a Kyubi no Kitsune (image) from Naruto anime for quite some time but seems to be unsuccessful as only crease pattern was provided. For the pass few weeks, I started folding the crease pattern (see below) provided by Kim Young Won. The darker lines are valley folds. As the crease pattern is incomplete, I have to figure out those missing folds so that it can be collapsed into a workable base.

I started with a 245x245mm tracing paper with 40x40 grid. After some tinkering with the folds, I finally got the base ready. 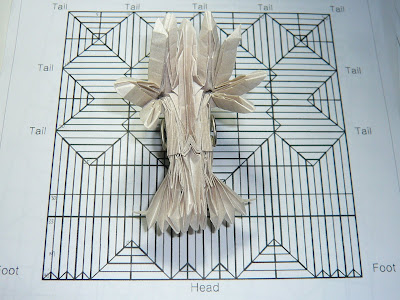 The base was really thick 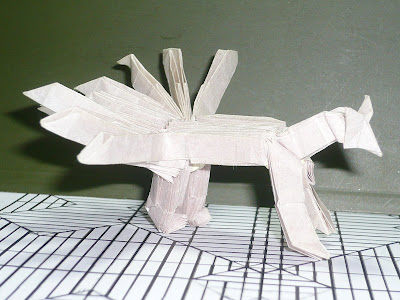 The completed Nine-Tailed Fox
As you can see, the legs and paws were not done properly. Final shaping will take some time. Anyhow, I was satisfied with the results. 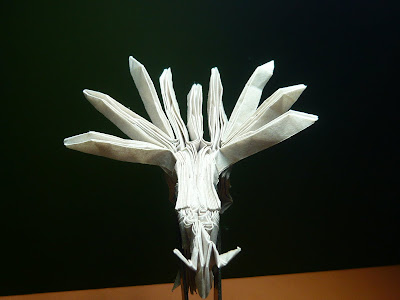 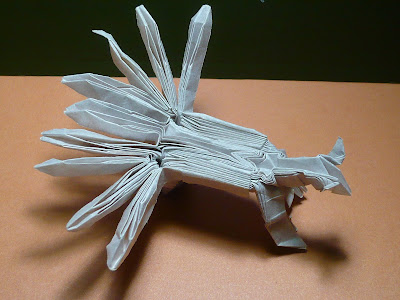 Top-side view
Here is a better model of the Nine-tailed fox by Guspath Go but no diagrams or crease pattern were provided. The only info is from a forum stating that about 75% of the paper is used to make the tails.
Posted by Dash at 12:11 AM